OPINION: Are bus services not glamorous enough for politicians?

12th December 2019, a big day for the UK as people go to the polls to decide who they want to govern them for the foreseeable future, bus services seem to be at the bottom of the major parties agendas.

The Chancellor of the Exchequer, Sajid Javid, had already announced extensive spending plans for the strategic roads network prior to the election being announced, with £220m to improve bus services.

But both the Conservatives and Labour make promises to spend more money on railways, with Labour considering nationalisation, where as the Conservatives hoping to announce the results of a review of HS2 and rail franchising after the elections,

There was also mentioned in the Conservative pledge of £220million, that Cornwall – where the Conservatives are fighting off a Liberal Democrat resurgence – will pilot the first “superbus network” designed to “link up various different services and unite the existing fragmented system.”

The Labour part, in their currently announced policies, have no mention of any bus related plans.

However, in the current situation with Brexit, and austerity cuts to local government still affecting how much can be spent to bus services after paying for vital services such as collecting the bins and adult Social Care, are bus services not glamorous enough for politicians? 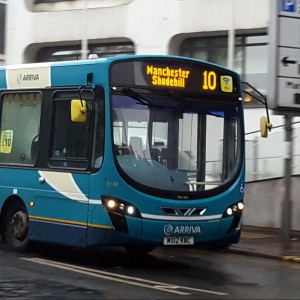 2 thoughts on “OPINION: Are bus services not glamorous enough for politicians?”

More social functionality added to the website! As well as the existing community forum, members can now post ‘updates’ to the Activity stream, and Groups can be created, which members can be invited to join.