Users of the National Express Bus app will have seen a popup stating that the app is to be ‘retired’ from 27th February 2020.

It appears they’ve encountered difficulties when trying to combine both live bus times and mobile ticketing (M-tickets) into one app.

There’s a grovelling apology hidden away on the NX Bus website, reproduced below:

In June 2019, after a long period of development and testing, we released a new NX Bus app on the app stores.

Our vision was to create an all-in one app that provided live bus tracking and ticketing in one place. We knew this would be a complex project but felt it would bring a big benefit to our users, making life easier when tracking a bus or buying a ticket.

But some of you have had a very different experience.

You’ve reported issues with the app crashing, tickets not displaying after purchase and unreliable live bus predictions. We’ve read your reviews, taken your calls and documented the issues. We’ve relentlessly investigated the root cause of the problems and released numerous fixes. But these have not made enough of an improvement to deliver a consistent and reliable experience for our customers.

For that reason, we are now taking the NX Bus app out of the app stores while we delve further into the core issues as part of our commitment to offering a better digital experience.

Our previous NX MTicket app is available for use immediately and you’ll still be able to use your existing tickets until the end of January in the NX Bus app.

Live bus tracking will once again be provided by our old app, called National Express West Midlands which is available in the app stores.

We’re sorry for disappointing you and letting you down when you need it most. We had good intentions but that’s not enough unless it makes a positive difference to you. We look forward to launching our new improved App once we are confident that it will deliver you the benefits that we promised.

Android click here (not compatible with v10 or above)

If you have Android v10 or above, please use this app.

To be honest, I don’t use M-Tickets myself, as I have a monthly direct-debit pass on a SWIFT card, but I do use the app for checking bus arrival times, and while it does sometimes have some glitches, it generally works fine.

I’m also no experienced app developer or programmer myself, but I understand enough to be puzzled as to why it is so ‘difficult’ to combine the functionality of these two seperate apps into one single one, after all its just lines of code.

If the problem was simply integrating M-tickets, then disable that part, and leave the app as it is for checking bus times.

Anyway, the ‘new’ NX Bus app is now no longer available from the Google Play or Apple app stores, and for those of us like myself who still have it installed, it will stop functioning after 27th February.

Out with the new and in with the old then! 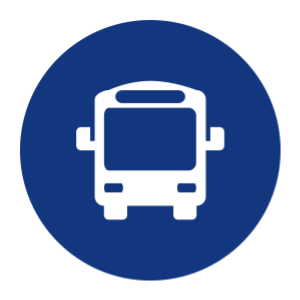